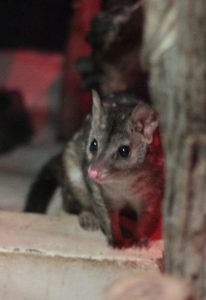 Hi. I’m S J. I’m from Perth, the capital of Western Australia, and I like quolls.

For a day job I am a permanent full-time programmer, but out of hours I am a power hobbyist.

What’s on this blog?

From 2012 to 2016, I had a photography journal where I took pictures of various obscure Australian animals at local zoos and wildlife parks. The Australian Animals category has hundreds of photographs of Australian beasts great and small.

From 2013 to 2018, I kept a creative journal about making an animated short. Relevant categories include A moment in the sun, RYGCBMK◯ and AAAAAAAAAAAAAAAAAAAAAAA.

I caught the Eurorack bug in 2017-2018 and posted a lot about modular synthesisers. My modular synth is called DASYRAC after the dasyurid maruspial group, many of which are quolls.

Beyond that, there’s bits and pieces about making up languages, learning languages, doing drawing challenges and much more besides.